Wanted to do something fancy, but didn't. One of the doodles instead.
Nomination: Yuuka

I wish I could do the monke justice, but no.

Life is weird and a little fucked up lately. Makes for a lot of angry feelings at the world that I shouldn't be taking out on people. 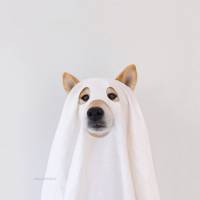 i was at house lewding 2hus when phone ring 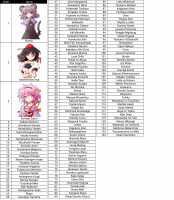 The old thread is too old to be bumped, so let's have a new one.

Past a certain point down the chart, individual rankings just don't really matter much, and near the top it becomes very difficult to pick favorites.

did a new one recently, and the more i compare it to the others' rankings, the more it looks like a ranking a serial killer would have. 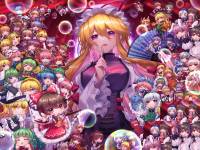 It really does light up!

What dumb/inane thoughts have you had about 2hus lately, anon? Or just thoughts about 2hus and such in general are cool, too.

+ 99 posts and 21 images  omitted.
[View thread]
Anonymous 2022/12/08 (Thu) 05:02 No. 25573 ▼
Delete Post
Report Post
>>25572
Not 25571, but if humans do turn into youkai from exposure, I'd like to ask for a source on that because the human village is frequently bathed in the presence of hidden youkai constantly and only the fortune teller became one through deliberate effort.
Additionally, I like to browse Matthew Meyer's yokai.com to get a grip on Japanese folklore and often beholding the sight of things not meant to be seen or otherwise crossing the wrong youkai would result in you or your loved ones or your village being cursed to death. Becoming a youkai is something that pretty much occurs for doing some sort of karmic evil or committing a taboo.
For the fortune teller, that evil was throwing away his humanity (I think; whatever it was, Reimu told him it was a grave sin and crimson–slashered him, as she always does).

Anonymous 2022/12/08 (Thu) 06:31 No. 25574 ▼
Delete Post
Report Post
>>25573
Turns out my brain did the fun job of going, ya know how rumors have power? If a human spends time with a youkai, rumors will spread that would inadvertently affect them. Then my brain made the equivalence of hanging out with youkai = turning into youkai, disregarding multiple steps somehow. My brain has failed me.

Anonymous 2022/12/08 (Thu) 18:02 No. 25576 ▼
Delete Post
Report Post
>>25572
>if 2hus would produce folk-hero types
The ones who are magical, powerful, or just notable are largely self-centered, selfish, and not inclined to engaging seriously with things that actually require responsibility, like raising someone from childhood to be a responsible and capable adult. If they did attempt such, I think the result would be similarly selfish, arrogant, and not in the least qualified to act in the role of some figurative tale of valour. 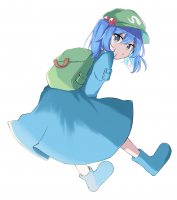 Understood, have some cheese and meat pizza.

Funny how there's not much talk about the games, eh? So, yeah, like the subject says. How far did you make it before eating too many bullets last you played? My tipping point was midway through UM stage four (Normal). Hate timeouts so much.

And then I played like shit and game over'd at Sannyo's second non-spell because my entire stock of concentration had been used up by then.

Anonymous 2022/07/23 (Sat) 19:41 No. 25426 ▼
Delete Post
Report Post
Tried a couple of UM Normal runs with Sanae last night, Mamizou and Byakuren card equipped. Still running into a wall at Stage Four. I already have to bomb through Sannyo most of the time, so I get there with basically no resources. And the opening of the stage is pretty bad unless you're at full power, imo. 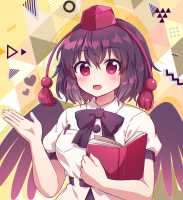 Welcome to the Bird Youkai Appreciation Club, where calling a bird a bride is only sometimes a mistake.
Bird youkai appreciators of all kinds are welcome. Yes, even you, you dirty birdfucker.

I wish to hug the adorably dumb bomb. Would be the softest of hugs.

I want to spend the autumn indoors with this birb.