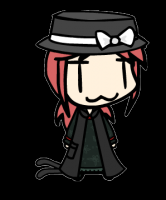 BGM: https://www.youtube.com/watch?v=N4qzII8hse4 (Organ Smash)
… It’s been a few days since Patchouli Knowledge has chewed out Yukari Yakumo. Exactly one week ago, Yukari had brought in yet another gappy, which she personally blasted into Misty Lake.
The Hakurei Shrine is still in lack of a shrine maiden, something that has been weakening the barrier for quite some time. In fact, people have gone missing from Gensokyo… several key figures, in fact.
Aya: “We regret to say that the investigation into the disappearance of Remilia Scarlet has failed to turn up any leads. Furthermore, we have seen a cluster of new people in Gensokyo, each with a personal letter from Yukari. She claims to ‘need a shrine maiden and some investigators.’ Currently, the prisoners are being held at Rin’s office.”
Aya: “Although I think the darned shrine maiden replacement snuck off again. A few of the fairies have reported seeing her making a beeline for the Hakurei Shrine.”

… A few hours later…
You finally regain consciousness. You don’t know how long you’ve been out after that lady punched you in the face. You remember having confronted a girl in purple one moment, and the very next thing you knew, you were in a forest getting punched.
And now you’re in a very dimly lit office. Do they not have electricity here? And where are your captors hiding? Why were you captured? Questions swirl around in your head, lost and confused.
Wait... there’s the dim glow of a television here.
???: “This is Aya, bringing you a special news report. The wicked hermit Seiga has been dead next to the corpse of one Adolf Hitler. Her last words were, according to Nazrin, ‘The body – it’s too warm!’ We all mourn her passing.”
Aya… now that’s a name you’ve heard before. Didn’t she have some… choice words about Donald Trump? And did she just say Hitler? As you think, you hear a door open.
???: “Would you please come in? I can take the next stranger.”
… Nobody orders you around. But just as you think that, you feel something give you a strong push.
Quoth the feminine voice, “Parsee, thank you for escorting him in.” You hear a meaty THWACK behind you as the door shuts behind you. You are now locked in a room with a red-headed dame in a black dress, currently fiddling with the blinds. There is an empty seat inviting you to sit down, but after being manhandled like that, you don’t really feel like sitting down.
You could have sworn you saw a tail on that girl in the fedora, who is now facing you.
???: “Now, who are you?”
You are…
[x] Guy Noir, private eye. You are an American who was hired by a Mr. James Dean to keep an eye out for “a woman clad in purple” and chased her to a school in Kyoto.
[x] Tyler Fredricks, police officer from Germany. You have been chasing the gap hag ever since she took your little sister. You were born to American parents.
[x] Tsubaki, a Japanese student and the second member of the newly-reformed Ghostly Field Club. You resent the disappearance of your friend Hina Narukaze, of which you blame on “the girl of violet.”
[x] John McFaraday, a scholar of Eastern religions from England. You traveled to Japan in search of a run-down shrine but were rudely interrupted by a firefight. Next thing you knew, you were in a forest.
[x]George Threepwood, former South Korean Air Force commander and master gamer. You were contacted by Guy Noir because he had a feeling that this might be the work of one Yukari Yakumo and somehow wound up on this adventure.
-[x] Try to pass yourself off as one of the other people. [insert other selection]

The shrine maiden replacement snuck off...to the shrine?
Yukari's bringing in new people to be "prisoners" in an office?
Yukari's communicating through letters, but Patchy "chewed her out" like she's Yukari's boss?
The MC is new to Gensokyo, but he knows Aya from something she said about Trump?

I am so lost here. I'm not even gonna ask about Hitler's corpse.

Is this about the Quick Word Contest thing? I know it's supposed about joke stories, but come on, we still have some basic quality standards to uphold here.

Maybe it was referring to one of the shrine maiden replacement prisoners, who snuck off before being interviewed?

Yukari is giving all the people she kidnapped letters, I don't think she's communicating exclusively through letters. I think Patches was pissed because Yukari gapped a newcomer into the SDM. I had to reread the beginning a few times to figure that out since the misplaced modifier leads one to believe Yukari was the one who blasted the newcomer to the Misty Lake.

Maybe Aya was ne of the ones who ened up outside Gensokyo proper for a spell due to the barrier weakening?

Yea...I'm confused. But maybe I'm supposed to be confused.

[x] John Freeman, brother of Gordon Freeman. You're here to find your brother.

To clarify: The new gappies were all captured by Tengu scouts within five minutes.
The party has no idea how they got the letters, and Tsubaki clearly remembers when Yukari pushed her into a gap (saving her life,) she didn't get any mail.
The shrine maiden was, in fact, captured multiple times. She's really sneaky.
The first gappy was seven days earlier. Two days later, Patchy came to Yukari's... prepared for war.

Speaking of what not to do, there are also several things you should consider.
>... A few hours later...
You don't need to tell us this. Maybe you could have some kind of description that doesn't tell us, but show us.
>???: "Insert dialogue here"
No, no, no nononono. There's no excuse not to have proper dialogue. It doesn't flow at all, it looks sloppy, and it's just plain lazy.

Also, make sure of proper paragraphs or at the very least use spacing. Single spaced lines, especially in script dialogue format (aaaaaaargh), are hard to follow and are generally annoying to read instead of entire paragraphs.

>walfas
>"gap hag"
No. A thousand times no.
I'm not sure whether this is subtle parody or not. If so, bravo, I got rused.

Look. There was no other way to get Orin into a fedora. I'm a noob that's using what's worked in the past.

Although, to be honest, this is referencing my last story here, so Yukari's finally wisened up to the fact that she needs to explain why she's bringing people over.
TL;DR umm... have example. http://sburbunofficial.proboards.com/thread/1231/night-mongolian-safari-black-green?page=4&scrollTo=10664

(This also explains the absence of most of the characters.)

Anonymous  2015/10/31 (Sat) 14:00 No. 62800 ▼
Delete Post
Report Post
It would appear other Touhou fanfiction websites might be bleeding into us. Let's help all of our new friends improve as writers so I don't have to write shitty micro-stories on every board!

So, it's already been said before, but i'll say it again to emphasis...

Spacing is very, VERY fucking important. I can't say I'm perfect at spacing, but god DAMN, at least you can tell a paragraph from another when you use it! My eyes took one look at the story, came to the mutual agreement that it was too much effort to translate a wall of unbroken text into language and dragged me to a different board by the choker.

I see plenty of room for improvement, but, as I'm a novice myself, I can only name the one that I see. Good luck, and feel free to ask when you need help or feel confused. Folks here just wanna' read a good story, and they'll help you if that might squeeze a good story out of you.

And, as you're (presumably) new, I'll give you this little link. I've heard it's a bit rough finding the 'How to Survive' thread for people new to the site, and I'm gonna' make that easier for you in case you didn't even know it was there.

Welcome to THP, soldier. Suit up, shape up, and step up, son, you're going to be a writer! And if you put in the effort, you could even be great! Best of luck to you.

>>62787
>The new gappies were all captured by Tengu scouts within five minutes.
Yukari couldn't come up with a more expedient way to bring in "a shrine maiden and some investigators"? And why are the tengu leaving the mountain to interfere with Yukari's plan?

>The first gappy was seven days earlier. Two days later, Patchy came to Yukari's... prepared for war.
Why in the hell would Patchy go to war with Yukari because an outsider showed up at the SDM? I guess that would've made WUIG more interesting.

>John Freeman, explosives expert, is now a valid choice.
Alright, fuck it. We're crashing this story with no survivors.

[ ] Bane, a former prisoner and big guy (for you). You have come to take Gensokyo from the corrupt youkai and give it to the oppressed humans.
[x] John Freeman, brother of Gordon Freeman. You're here to find your brother.

1. Script format is considered the lowest common denominator amongst fanfiction, on the level of a bad joke. It is part of why people generally blanch whenever they hear the word 'fanfiction'. Please, please, please avoid it at all costs. Even if it's not of the highest quality, consider switching to an actual prose style. Practise makes at least semi-decent.

2. This site frowns upon stories that rely on memes and "fanon" to drive them. If you're doing this for comedy, that is the worst crutch you can use. It's lazy and insulting to the audience's intelligence.

4. Agreed with >>62800 on spacing. For the love of god, have some consideration for your audience with this. If you make it hard on me to read it, I'm not going to.

Many of us start off at a low level. Don't be satisfied with where you're at right now and work at improving.

The dame in the dapper fedora just stares slack-jawed at you.

"You are ALL HIRED. I need ANSWERS! Where is Remilia Scarlet? That is your goal. Find the Scarlet Devil."

Except, as the readers, that's not really your goal. I pass this story off to you, my friends. This is the first collab story.

Not that I won't participate.

I still have no idea what is happening.

He'll help us get to the bottom of this!

Because it's not working.

That's exactly why she wrote those letters, to show her intent.